Miranda and Eddie walked through the Stanford campus, so Miranda could visit the landmarks her childhood and undergrad years, some now changed, some the same.

They looped around old Lake Lagunita, which was now dry, no longer a lake.

They both remembered this as a wet lake from when they were kids. Miranda and Eddie and her brother Tom, now two decades dead from a drug overdose, used to come here and skate flat rocks; and sometimes at night jump in and swim, which was against regulations. 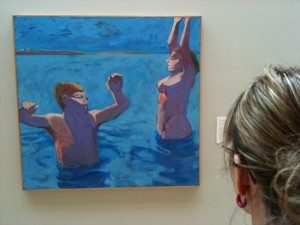